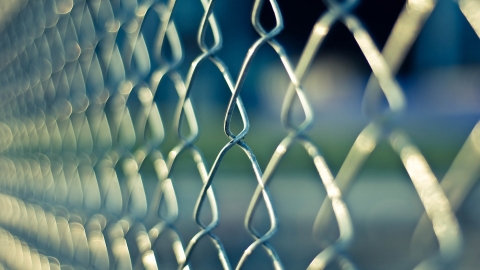 The Federal governments draft amendment to the Telecommunications Act aims to force Telcos to implement security reforms that will compel the Telcos to hand over confidential information about their networks. What the changes will mean to the Telcos is discussed in Business Spectator.

The Coalition government’s latest demand on the telecommunications industry has understandably led to a backlash but is likely to deter it from pushing ahead with the legislation, that is unless the Labor opposition decides to deviate from the script this time.

Leaving aside the political shenanigans for a minute, it’s important to understand just how intrusive the government’s demands are. The draft amendment to the Telecommunications Act, released by Attorney-General George Brandis and Communications Minister Malcolm Turnbull, proposes to establish a regulatory framework that compels telcos to hand over confidential information about their networks. Not just that, the amendment also seeks to give the government the powers to issue directions to service providers and require them to keep the government abreast of any changes to network design and infrastructure procurement plans.

It is time for the government to sit down not just with the industry but also with consumer groups to explain the rationale behind the proposed amendments and to provide an opportunity for alternative solutions to be discussed.

The government appears to be attempting to rush this legislation through the Parliament after spending months beating up the threat of imminent terrorists acts against ordinary Australians. While the threat of terrorism is always a significant national concern there is a need to weigh up how far the government should go when putting in place national security related legislation.

The timing of the release of the “first ever public national security cyber threat report” by the government’s new Australian Cyber Security Centre is too great a coincidence to be dismissed. Australians know there is a cyber-security problem but one has to question the government’s motives when it  will not act on the Privacy Alerts Bill 2013 which has beenstalled in the Senate since the last sitting week before the September 2013 election.

Does the proposed national security amendment to the Telecommunications Act 1997 include the mandatory requirement for government, business and industry to report data breaches or cyber-events such as cyber-crime or cyber-terrorism? It does not.

So what is the government really trying to achieve by rushing through the Telecommunications Sector Security Reform (TSSR) laws when it doesn’t appear to deem it necessary to actually find out how big the problem really is?

One positive aspect of mandatory data breach reporting would be the realisation by government departments, business and industry that if they don’t want to be identified as having lax cyber security they need to start taking cyber security seriously.

There is no doubt that cyber security is a major concern and something needs to be done to improve Australia’s defences, especially for critical infrastructure, but here’s a government that’s happy to impose new rules on telcos but won’t deem telecommunications to be an essential industry. It doesn’t consider forcing government departments, business and industry to provide details of cyber-events to be a worthwhile initiative.

There are strong grounds to consider the government’s proposed national security amendment to be little more than an unwarranted and ill-conceived grab for wide ranging powers.

The government is giving the opposition little wriggle room over the amendment by claiming that “there has been consultation with some parts of the telecommunications sector on the reforms, and the proposed legislation reflects the approach that has been recommended by the bipartisan Parliamentary Joint Committee on Intelligence and Security.”

Whether the opposition is prepared to take a stand against this unparalleled grab for legislative control over the telecommunications industry remains to be seen.