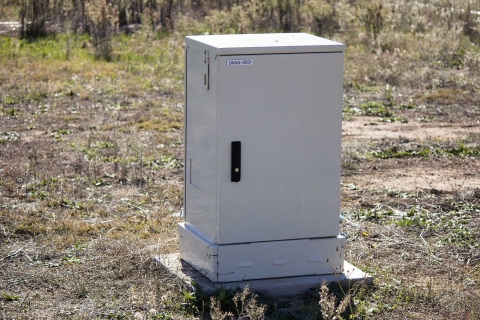 In a paper titled Australian Wholesale Telecommunications Reforms the options for the future of the National Broadband Network (NBN) beyond the end of the rollout have been explored. It is unlikely now that the rollout will be completed before 2022 with the need to take into account the 18 month co-existence period before the legacy network is turned off. The paper has been peer-reviewed and published in the Journal of Telecommunications and the Digital Economy.

There are four options discussed in the paper:

The paper concludes with ...

By 2022, when the NBN is expected to be built and fully operational, the NBN will provide Australia with vital telecommunications infrastructure and for the first time every Australian should reasonably expect to be able to get access to broadband, irrespective of where they live and work, at reasonable cost.

The NBN has been a disruptive influence on the telecommunications market, particularly impacting Telstra’s market share and revenues.

Disruption should not be confused with chaos and the period after the sale of NBN Co as a disaggregated entity could be chaotic if legislation and regulations do not adequately provide for access, pricing and competition. There is nothing to be gained by the government setting out on a chaotic path due to ideology and it is for this reason that the telecommunications industry should consider carefully what happens next.

Disaggregation of NBN Co could reduce or remove the positive disruption that the NBN is having on the telecommunications industry. Telecommunications companies are looking beyond handsets and bitstream in an effort to become technology companies and to build additional revenue streams. A rush to sell off NBN Co could remove or significantly reduce the positive disruptive effects that the NBN is having on the industry, and the telecommunications industry could revert to circa 2005.

Options A, B, D and C, in that order, are preferred based on the discussion and analysis presented.

Option A provides the nation with the greatest opportunity to benefit from the disruptive nature of the NBN whilst focusing on providing a ubiquitous future-proof fibre access network and reducing the digital divide in regional and remote regions.

The breadth of topics, perspectives and factors that must be taken into account before a decision is made as to what should be done with NBN Co, after the NBN is built and fully operational, is considerable.

Telecommunications is an essential service and, in the next phase of the deregulation process (possibly the last phase?), the government should put in place legislation and regulations that ensure that the nation gains an open, fair and competitive telecommunications market whilst providing outcomes that are in the long-term interests of the nation and end users.