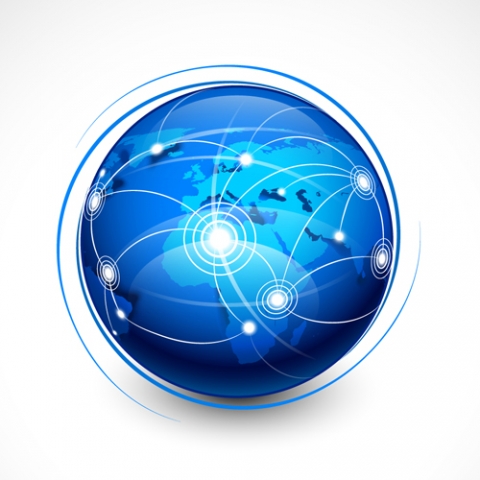 Internet governance is one of the most important yet difficult goals facing the world today. The Internet is now an integral part of the daily lives of people around the globe, but little is known about how to guide the Internet's future.

Internet governance and how a governance framework can be developed has been the topic for national and international forums. But will the forums actually lead to a tangible outcome? I discuss the possibilities in an article titled The battle to control the Internet.

Two weeks ago, people from government, business and advocacy groups gathered together in Melbourne to debate the future of the internet – though you wouldn’t know it given the nations focus on the National Broadband Network (NBN) and ‘revelations’ about Apple’s latest product range.

Australian Internet Governance Forum (AIGF)  served as melting pot for ideas and arguments on the frameworks holding together perceptions of the World Wide Web. And while this idea of debating and stretching out the issues related to the internet is the system’s greatest strength, it’s also its greatest weakness.

There was potential for some excellent debate at the AIGF - particularly on the topic of an international response to the issue of cybercrime.

Unfortunately, despite the forum’s best intentions, the discussion was often hijacked by comments on the NSA, internet filters, unwarranted freedom for anything and everything to be permitted online, and other matters. It detracted from the important work that some participants at the AIGF were attempting to carry out.

Much like the United Nations, each stakeholder group attended the event with their own agenda and with the aim of having it discussed (sometimes at length) during the forum.

For instance, Electronic Frontiers Australia (EFA) hoped that their passionate participation would raise the need for increased digital freedom, access and privacy and focus attention on the need to end government dithering on important stalled legislation including mandatory data breach reporting.

On the other hand, the Australian Communications Consumer  Action Network (ACCAN)  wanted to focus attention on the need to provide improved internet services to consumers whilst ensuring a more equitable approach to ensure everyone has access to the internet.

As ironically raised by the CEO of auDA, Chris Disspain during his opening address to the conference, this situation is a microcosm of what we’re seeing around the world with the issue of Internet governance.

“Global conflict over how the internet should be governed is nearing a crisis point and the internet community must come together if we are to preserve an open and stable Internet future,” he said.

“The struggle between those supporters of the current multi-stakeholder system of internet governance and those that would seek more centralised control has been ongoing.”

“The internet’s informal support frameworks, built on co-operation and trust, have been potentially weakened.”

So how as this situation come to pass?  It all links to another pivotal question: who controls the internet?

As it stands the internet isn’t controlled by anyone, but it is administered by a number of non-for-profit groups that - for the time being - sit at an arm’s length from the control of any government.

To break them down: The ITU is responsible for the telecommunication networks upon which the internet operates.

Meanwhile, the Internet Corporation for Assigned Names and Numbers (ICANN), which is a US based non-profit private organisation, manages a number of Internet-related functions which were previously carried out by US government organisations.

Then there’s also Internet Assigned Numbers Authority (IANA) (IANA), which is now an ICANN subsidiary, which is responsible for the global coordination of the DNS Root, IP addressing, and other Internet protocol resources

While nobody controls the Internet, governments still attempt to legislate around it.

Sometimes the national laws have a major impact on how companies operate on the Internet. One example is the Gutnick defamation case where it was successfully argued in the Australian High Court that an online media article is published everywhere on the Internet and not just where the server physically resides.

Of course, for a legal matter such as Gutnick to be settled the countries would have to have an appropriate relationship or the parties involved would have to be resident in some form in the country in which the legal case was brought to court.

The goal of the AIGF and the global Internet Governance Forum (IGF), which was held in Bali last week, is to try to raise awareness of the difficulty surrounding Internet governance and to try to establish global norms and rules for the Internet.

The IGF 2013 theme was "Building Bridges - Enhancing Multistakeholder Cooperation for Growth and Sustainable Development". The IGF aims to support a UN push for increased consultation and stakeholder involvement in decisions affecting the Internet’s future.

But herein lies the problem, more stakeholders, each with their own point of view, may lead to inaction on a line of technology that is evolving faster than any policy work being done on it. The opportunity for one group of stakeholders to hijack proceedings is high and this could lead to decisions that destroy the Internet’s utilitarianism.

There is a need for debate, and there is a need for internet governance democracy, but it needs to be measured and tempered so that things actually get done without pandering to religious, political or social demands.

For the IGF to be effective there is a need to focus on one goal, to take small steps until this goal is achieved and then to move on to the next goal. The current approach by the IGF, which appears to be to tackle all of the internet’s woes at once, is not likely to succeed.