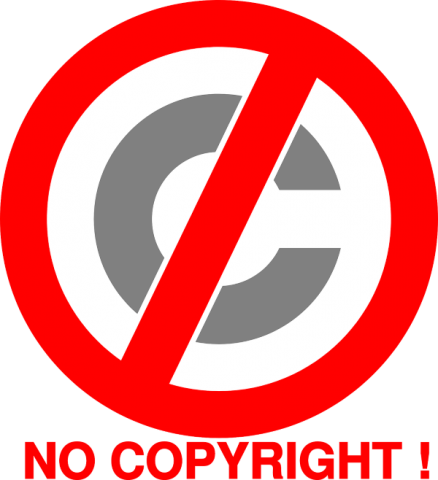 The week in Business Spectator the discussion focuses on the owners of the film Dallas Buyers Club and the multinationals supporting the world wide fight against illegal downloading have adopted tactics that go too far. While the media companies deserve a modicum of protection from blatant copyright infringement the Coalition’s heavy-handed legislation is likely to cause the average consumer far more headaches than discomfit online pirates.

The owners of the film Dallas Buyers Club and the multinationals supporting the world wide fight against illegal downloading have adopted tactics that go too far. While the media companies deserve a modicum of protection from blatant copyright infringement the Coalition’s heavy-handed legislation is likely to cause the average consumer far more headaches than discomfit online pirates.

The Federal Court decision that opened the door for Dallas Buyers Club LLC and Voltage Pictures LLC to gain access to the details of 4,726 Australian internet subscribers has taken the battle over illegal downloading into a new phase.  What occurred on June  17 in the Federal Court was ugly as lawyers put to the court a fanciful indication of what the companies would like to see happen next.

At the time Marque Lawyers managing partner Michael Bradley told the court that this was about "seeking to send a much bigger message to consumers about the broader issue of unauthorised downloading and uploading of copyright material".

"Up until now in Australia the scale of infringement has been almost unimaginably high, with no consequence."

Media content providers have been accused of trolling and bullying in their battle to prevent illegal downloads and now, in Australia, the owners of the film Dallas Buyers Club want the Federal Court to permit them to contact the 4,726 using letters or telephone scripts that go far beyond what is reasonable under the circumstances.

Federal Court Judge Nye Perram was reported by Fairfax to have stated during the proceedings “I need comfort that you aren’t going to extort these people.”

Judge Perram was referring to letters and telephone scripts that the companies sought to keep confidential to “avoid confusion” but which were released by the Court and are available on ZDNet.

To understand why the Federal Court should reject the letters and telephone scripts let us consider what happens when someone is booked by either a red light or speeding camera. A letter is received in the mail with a notice of the fine and the vehicle owner can either pay the fine, dispute the fine or pay the fine and indicate who was driving so that the associated demerit points are accumulated by the right person.

The argument by the Dallas Buyers Club lawyers that using a torrent to illegally download the film is somehow different from other current methods such as using a VPN to download from an illegal media repository that resides in a non-responsive legal jurisdiction or methods used prior to torrents becoming available is technical nonsense. If people want to illegally download content then there will always be a technical solution available that meets the demand.

The related argument that torrent users become sources of the film for other users to illegally download is true, but this technical point does not mean that the amount of illegal downloading would be any less if torrents were not available. All torrents do is make the process easier, but there other technical solutions available if someone really wanted to illegally download Dallas Buyers Club.

What Dallas Buyers Club does not want the Federal Court to focus on is the reason why illegal downloading reached epidemic proportions in Australia and if this occurred then the reasons identified would include the rip-off prices being charged to Australians, delays in gaining access to content and the revenge motive that some people attribute to the failure of ICT multi-nationals to pay tax in Australia.

And it is these underlying reasons that highlight the failure of the Abbott government to protect Australian consumers. Yes, Netflix has finally arrived but the size of the Netflix catalogue is laughable and further highlights why Australians want the government to take action to protect their consumer rights.

The Federal Court should set aside the argument that by using a torrent the 4,726 should be penalised more than a reasonable set amount. IiNet’s lawyers have argued that the penalty should be $5 which is the cost of downloading the film. Shelston IP Lawyers partner Mark Vincent was reported by Fairfax to say that “an Australian court would likely only order damages for the cost of legally obtaining the film – about $20” and went on to say this excluded any  finding related to payment of court costs.

Having set a price the Federal Court should ensure that Dallas Buyers Club LLC should provide the 4,726 with the option to pay the fine or dispute the fine in court.

If Dallas Buyers Club LLC does take any of the 4,726 to court then there will be an opportunity for the Federal Court to decide whether internet subscribers should be held responsible for a third party accessing their Wi-Fi (if they have Wi-Fi) to illegally download Dallas Buyers Club.

There is no legal requirement in Australia for internet subscribers with Wi-Fi to secure their Wi-Fi and many Australians that do have Wi-Fi have older access points that utilise security that is now hackable by anyone with a most rudimentary knowledge of what to do as this 7-year-old demonstrated in less than 11 minutes.

What this means is that Dallas Buyers Club will have a difficult time attributing blame to the internet subscriber if there is a defence built around an unknown third party accessing the torrent utilising their Wi-Fi.

In determining what should happen next the Federal Court should take into account that a majority of illegal downloading could be attributed to Australians reacting to the archaic anti-consumer practices of media companies and that any court battles that ensue could hinge upon the very grey legal area of who is responsible for third party access to family Wi-Fi when many Wi-Fi access points in use today are insecure.

And what of free open public Wi-Fi? How many of the 4,726 will be found to be cafes, libraries or schools?

Should the Federal Court permit Dallas Buyers Club LLC to pick and choose who they will target and for unreasonable demands to be made?

And the argument that Dallas Buyers Club LLC will go further than the letter and telephone script ultimately agreed to by the Federal Court should be a concern as there have been allegations of this occurring in other jurisdictions.

To argue that Australians should be subject to something similar to the speculative invoicing that appears to be occurring in other countries and forced to provide the information in the Dallas Buyers Club wish list would be considered by most Australians to be a gross breach of privacy that should not occur as there has been no court finding of an offence and even if there was an offence found it should be up to the Judge at the time to determine what should and should not be ordered in the Court.

How can it be equitable if Dallas Buyers Club is permitted to target families based on their income when it is likely that many of the individuals that actually download the movie were juveniles at the time and as such are not subject to the same rules as adults in our Courts.

The government has been a great disappointment to Australians and after much bluster about forcing ICT multinationals to pay tax, make content available cheaper and as soon as it is released internationally, there has been silence and no action other than the misguided Copyright Amendment (Online Infringement) Bill 2015.