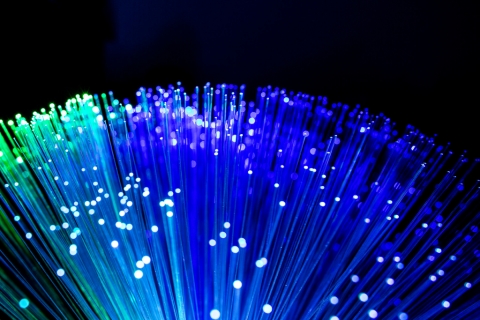 Communications Minister Mitch Fifield has unwittingly presented the Joint Standing Committee on the National Broadband Network (NBN) with a rare and unprecedented opportunity to shine a spotlight on the Government’s NBN policy.

Communications Minister Mitch Fifield has unwittingly presented the Joint Standing Committee on the National Broadband Network (NBN) with a rare and unprecedented opportunity to shine a spotlight on the Government’s NBN policy.

At a time when the government was, yet again, under sustained attack over the multi-technology mix (MTM) NBN policy, Senator Fifield released a reportprepared by the Bureau of Communications and Arts Research (BCAR), the economic and statistical research unit of the Communications department.

What is important about this report is that it was not prepared by NBN Co, nor was it prepared by a consulting firm or any other third party. The report was prepared solely by a government department and is subject to unlimited review by parliamentary committees, and this includes the data and models that went into its preparation.

That is, of course, unless the government attempts to claim the work of the DCA is “commercial in confidence” or contains sensitive information vital for the defence of the nation and must therefore be kept secret for the next 30 years.

In releasing the report earlier this year, Senator Fifield stated that “the Coalition’s faster, more affordable rollout of the National Broadband Network is delivering more bandwidth than consumers require, both now and into the future, new research has found.”

This very lofty claim of Mr Fifield – “both now and into the future” – is undoubtedly incorrect.

The NBN has brought us many grand and misleading statements from the government, and Senator Fifield’s statement is pushing to get a podium prize.

“The report, Demand for fixed-line broadband in Australia by the Bureau of Communications and Arts Research (BCAR) has forecast that 98 per cent of Australian households will require broadband speeds of up to 49 megabits per second (Mbps) in 2026, with only 2 per cent of households requiring more than 49Mbps to meet their usage requirements eight years from now.”

This is an extraordinary claim that cannot be justified, so it is important that the joint committee takes every opportunity to press the government into providing the underlying models and data for scrutiny.

Today, reasonable 4K television should be provided at a bit rate between 50 to 75 Mbps. However Netflix continues to stream 4K television at a much lower rate, as low as 15 Mbps, principally due to the poor quality NBN.

At the 2020 Olympics in Japan, broadcasters are preparing to broadcast events using 8K television, which should be streamed at rates above 120 Mbps per channel – and if reasonable quality is to be provided the bit rates should be between 250-300 Mbps.

By 2020, virtual reality (VR) applications available to consumers are likely to utilise at least 1 Gbps. How will the average teenager be able to access next generation VR and eGames with less than 49 Mbps?

The minor party and independent members of the joint committee, including Senator Stirling Griff, Senator Pauline Hanson, Ms Cathy McGowan and Senator Jordon Steele-John have a unique opportunity to get to the heart of the Coalition’s NBN policy by carrying out a thorough review of data contained within the BCAR report.

At a time when the Coalition government is struggling with its technology and infrastructure credibility, the joint committee can provide a timely and critical insight into the validity of the government’s justification for the multi-technology mix NBN.

Dr Mark Gregory is an Associate Professor in the School of Engineering at RMIT University and is the Managing Editor of the Australian Journal for Telecommunications and the Digital Economy.