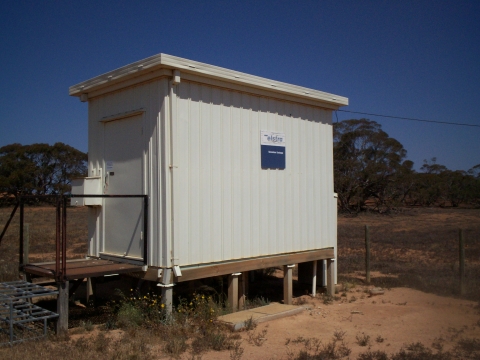 Telecommunications is the foundation of the global digital economy and national prosperity will become increasingly dependent on access to leading edge telecommunications.

If there is anything to be learned from the last election campaign it is that politicians still do not understand technology and the impact it has on the nation’s economy, now and into the future.

The future prosperity of the Australian workforce will depend on how the nation’s leaders prioritise telecommunications, technology and participation in the global digital economy.

The election campaign was bewildering for several reasons, not to say the least there was a lack of focus on the potential opportunities afforded by the global digital economy. Full time, high paying employment for young Australians.

This indifference and lack of foresight continues to drive Australians overseas in search of opportunity and meaningful careers.

Successful Australian tech companies inevitably shift to the US or sell out to a global multi-national because of the lack of investors, government support and an industry in chaos.

Earlier this week the industry body Communications Alliance called for the government to use the new parliamentary term to focus on overdue reforms of the Australian telecommunications sector. Consumer safeguards, online security, spectrum management and infrastructure rules were highlighted as priorities.

However, the need for reform does not end there. The future of the National Broadband Network (NBN), Regional Broadband Scheme (RBS) levy, Universal Service Obligation (USO) and telecommunications security assurance should also be priorities for the incoming government.

The decision to shift to the multi-technology mix NBN in 2014 has resulted in Australia falling 10 years behind rival nations in the global digital economy.

A failure to address this problem and a quick fire sale of a disaggregated NBN could result in Australia becoming entrenched as a third-world broadband country.

NBN Co is not financially sound, and there does not appear to be a pathway for it to become cash flow positive by 2022 without a major shift in government policy.

The big question this week is what will happen if the government cannot convince the Senate to agree to the sale of the NBN before the next election?

At the same time, the federal and state governments continue to fund mobile blackspot programs that have effectively put billions of dollars into the pockets of mobile network operators.

The future of the USO is under threat, just as the principle of ubiquitous broadband delivered over a uniform national broadband network went out the door after the 2013 federal election. The haves and have-nots are well aware of the NBN’s failings.

Buying a new house? Don’t forget to ask about broadband and whether the home has fibre to the premises or fibre-to-the-node.

Spectrum, or the lack of it, remains one of the great balancing acts. The future of 5G has been linked to the amount of spectrum available, as with all radio-frequency communications systems and a slick marketing campaign demanding more spectrum be provided for 5G appears to have overwhelmed regulators.

Spectrum should not be shifted away from satellite and other communications systems simply to satisfy the demands being put to government by 5G lobby groups without an overwhelming argument being formed.

Broadcast television is facing a crisis. During a recent visit to a consumer goods store it quickly became apparent that standard definition and high definition televisions were no longer for sale.

Broadcast television operators have yet to embrace 4K, and as a result consumers are confronted by a large number of standard definition broadcast channels filled with repeats, advertisements and other low cost content.

The introduction of 8K television into Australia means that consumers should anticipate that broadcast television operators would shift from the standard definition and high definition formats to 4K and 8K formats within a few years.

Yet, the industry has failed to introduce 4K television broadcasting to reflect the increasing number of 4K televisions in Australian homes.

Due in part to the woeful state of the NBN, streaming media providers are heavily compressing video streams resulting in very poor quality video being delivered to consumers.

The lack of high quality 4K streaming highlights the disconnect between decision makers and consumers. There is a problem with consumer protection and competition laws if this situation is permitted to fester.

Interference between wireless devices, electrical noise, and failure to regulate where and how communications equipment can be installed and used has resulted in electromagnetic interference that degrades spectrum nationally.

There is an urgent need for planning, regulation and increased inspection. Industry self-regulation of the certification of electrical of electrical goods entering the Australian market is not working (has self-regulation ever worked in any industry?). It is time for something to be done before large chunks of spectrum become totally unusable and the cost to business rises from this failure to regulate and inspect.

National security, privacy, consumer safeguards, open and fair competition and updates to creaking legislation are all urgently needed if Australian consumers and business are to benefit from the changing telecommunications landscape.

Telecommunications is the foundation of the global digital economy and national prosperity will become increasingly dependent on access to leading edge telecommunications.

The failure to ensure that Australians have access to an all fibre access network is symptomatic of chaotic government policy that has been founded on false assumptions. An over reliance on 5G for future broadband needs will further cement Australia’s third world broadband status, so this approach to meeting future broadband demand should not be countenanced.

It is time that the government, industry, consumer groups and experts (including academia) sat down and worked through the challenges facing the telecommunications industry.