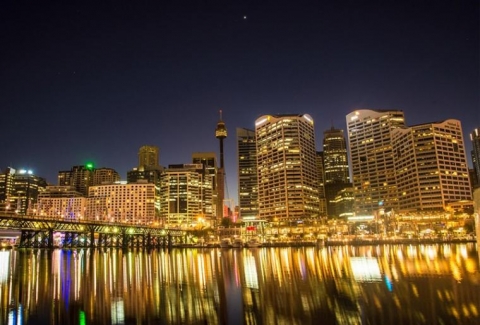 The Federal Government's decision to shift the National Broadband Network from the future proof FTTP to the obsolete copper based technology mix in 2014 is an infrastructure disaster that will have a long-term detrimental effect on Australia's economy.

NBN Co was tasked by the government with building the National Broadband Network (NBN) with the primary consideration being roll-out cost and time-to-market, irrespective of the ongoing operational and maintenance costs.

These unreasonable and unbalanced demands have placed NBN Co in the unenviable position of having to use obsolete copper based technologies.

In this second article of two columns looking at this issue, I will focus on what has happened as a result of the decision to force NBN Co to shift, in early 2014, to rolling out to about 60 per cent of the nation, the cheap to deploy but expensive to maintain and operate – and less unreliable – FTTN.

In New Zealand, FTTN was rolled out nationally between 2009 and 2012. Fibre to the premises (FTTP) is now being rolled out to replace the FTTN to about 80 per cent of premises by 2019. The New Zealand government realized that the best way to complete the FTTP rollout with a reasonable cost to taxpayers (NZ$1600 per premises) was to split Telecom New Zealand into two companies, one retail (Spark) and one wholesale (Chorus).

Chorus is now responsible for about 70 per cent of premises in the national FTTP rollout and because it owns and operates the FTTN being replaced by FTTP, it continues to make an annual profit to the obvious delight of shareholders. The Chorus CEO Kate McKenzie was a former senior executive at Telstra.

This is a straightforward and typically Kiwi approach to broadband renewal that has left Australia as the butt of their broadband jokes.

If you then read the fine print you will find out the FTTP cost per connection is based on the initial short-term contracts for FTTP signed years before the multi-technology mix was adopted.

Why has Mr Ryan failed to identify that if NBN Co adopted a more flexible FTTP rollout approach, like that adopted by Chorus, and also used the cheaper and improved optical technologies available in the past five years, the cost of rolling out FTTP in Australia would be expected to fall by about 40 per cent or more – matching what has happened in New Zealand?

Mr Ryan appears to imply that the underground deployment of fibre is somehow an evil act that costs more and takes longer to deploy, yet then goes on to point out that “the fibre is safe and secure for the long term.”

The double speak is somehow meant to justify rolling out unreliable and expensive-to-maintain and operate FTTN?

The Australian taxpayer should be concerned if a less reliable approach is adopted that could reduce the life-time of deployed fibre by decades. And it is Mr Ryan’s job to argue that good engineering practice should be adopted by NBN Co. So why is this an issue?

In New Zealand, most of the distribution fibre is being installed in plastic ducts and pits as well, and as Mr Ryan points out, that with the advent of armored fibre cables, there is the option of installing the fibre from the ‘pit to premises’ aerially, around fence lines, in ducts or using micro-trenching depending on what is the best approach for each of the premises connected.

Mr Ryan would have us believe that the FTTP rollout approach adopted by Chorus is somehow second rate. It is not. There have been quite a few FTTP-related technology and infrastructure improvements over the past five years, so why is NBN Co continuing to ignore progress?

Mr Ryan has also failed to mention that some of the rollout improvements that have been adopted in New Zealand – and in many other nations – were being trialed here in the months prior to the September 2013 election.

If it was not for the FTTP trial reports leaking out of NBN Co, we might never have known that the FTTP rollout costs savings enjoyed in New Zealand would have happened here too.

Another important fact that Mr Ryan fails to point out is that in 2016, the broadband, IPTV and VoIP market intelligence company Point Topic found that nearly 80 per cent of new fixed broadband connections around the world were FTTP. Why? Because FTTP is the most cost effective fixed access technology available today.

One of the rollout cost components identified by Mr Ryan is the $750 per premises in duct leasing costs that must be paid to Telstra and he states that this is “a component few other operators would have to build into their cost per premises.”

Mr Ryan is right, but fails to identify the reason why this cost has been foisted on NBN Co. It is arguable that NBN Co will never be a success whilst it is the source of the rivers of gold flowing annually to Telstra.

At some point the national collective conscience will realise that one of the major failings of successive Federal governments over the past thirty years has been the failure to split Telstra into two companies, one retail and one wholesale. This has now happened to the incumbents in the UK and New Zealand. It is time it happened here.

But this does not excuse the NBN Co senior management team for the failure to identify for government that a shift to FTTN would make the access and usage-based business model untenable as it relied on FTTP facilitating consumers moving to much higher connection speed plans than what is provided by FTTN.

In New Zealand, Chorus has adopted a simplified business model that is based on access charges and no data usage charges thereby permitting service providers to offer unlimited data usage as a standard feature of their plans.

As FTTP replaces FTTN in New Zealand, about 80 per cent of fixed broadband connections are 100/20 Mbps with unlimited data usage at the same cost that Australians are paying for far slower speed connections, data caps and daily congestion.

In Australia, there is an ever-growing number of people reporting NBN speeds of less than 5 per cent of their broadband plan speed during peak hours. No wonder the Kiwis are laughing at us.

NBN Co is now proceeding to build the NBN with obsolete technology, a failed business model, an increasing number of premises being put in the too hard basket, daily congestion and as a result criticism of this national infrastructure project is reaching a crescendo.