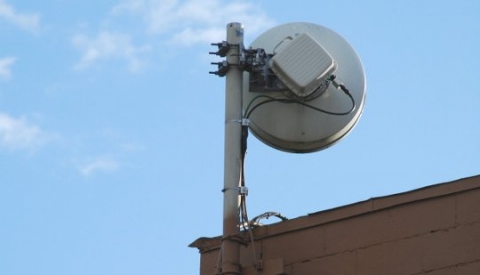 This week in The Australian the growth of small companies providing broadband on the urban fringe is highlighted and the innovative use of low cost microwave links to overcome the lack of fixed infrastructure has provided many homes with high speed broadband.

Innovative small to medium-sized companies offering high-speed broadband to consumers living in some of the largest growth areas have been steadily growing over the past decade by deploying fixed-wireless and other fixed-access network technologies including fibre to the basement.

Suburbs with a high density of large apartment complexes, including Southbank and Docklands in Melbourne and Chatswood and Parramatta in Sydney, have become the focus of small and agile outfits that are looking to capitalise on the slow rollout of the National Broadband Network.

Queensland-based Our Community Broadband is one company that is looking to service outer-urban growth corridors that have long suffered with poor or no access to broadband. Armed with a one-year trial telecommunications carrier licence, OCB is using a hybrid fibre microwave network that operates in the 5.8 GHz band. The first pilot site is in the Meridan Plains and Little Mountain region of southern Queensland.

OCB co-founder Andy Whitmore says the goal is to “resolve some of the problems with internet provision being experienced in their community”. By using a point-to-multipoint microwave network solution, OCB was not required to purchase a block of spectrum similar to what NBN Co had to do for its long-term evolution-based fixed-wireless network.

The decision to use microwave technologies for hard-to-get-to locations is fast gaining support with a number of new start-ups offering consumer microwave products.

By taking a slow and steady approach to growth to provide the time necessary to ensure the installations are providing fast, reliable broadband, OCB is now operating 11 community microwave distribution points in communities from Currimundi through to Noosa and looking to expand.

In the future, Whitmore hopes to take OCB national, but this will take time as he explains there is a need for “local support and access to decent backhaul” within the region.

If there was one thing the government could do to help OCB, Whitmore says “it could assist by giving us access to fast and affordable backhaul at strategic locations (not necessarily exchanges but other co-location points) that we can tap into and redistribute to the local community”.

Outfits like OCB pose an interesting problem for NBN Co by springing up to fill the void in outer urban areas. TPG Telecom has already laid down the gauntlet in the lucrative inner-urban areas and is engaged in a race with NBN Co to provide fast broadband to apartment complexes and buildings that, by and large, already have relatively decent access to high-speed broadband.

In an apparent effort to ensure the government’s promise that everyone would get no less than 25 Mbps over the NBN, NBN Co recently announced it would begin a fibre-to-the-distribution-point rollout in 2017 to the 300,000 homes that it estimates will be more than about 1km from a FTTN node.

FTTdp is a variation of FTTN where fibre is run from the nodes past premises and a broadband technology called G.fast is used to connect from street pits to premises over the existing telephone wire. The issue for NBN Co is that a G.fast connection will only provide broadband up to about 800 Mbps in pristine conditions while low-cost consumer microwave systems, now entering the market, provide more than 1 Gbps.

While NBN Co strives to get its technology mix right, there’s opportunity for companies like OCB to enter the outer urban broadband market and take customers. Local communities being told they will be provided with satellite connections or FTTdp at some point later this decade or into the next decade could end up taking a closer look at the alternatives on offer.