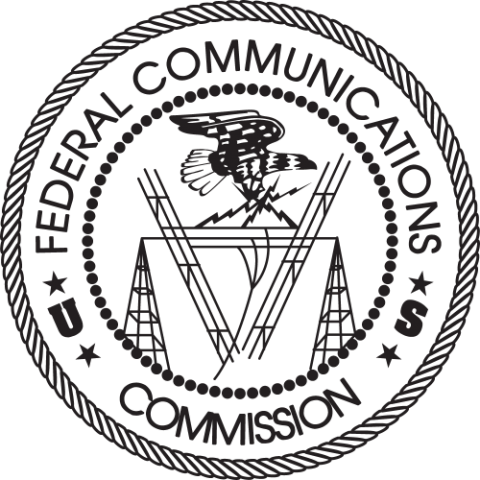 The Coalition's NBN policy is now a 'bare-minimum broadband' policy that will set Australia at the back of the pack over time. This week in Business Spectator the Turnbull approach to how to cause telecommunications chaos is discussed and what the detrimental effects will be for Australia are highlighted.

Last month, the FCC ruled that US internet service providers (ISPs) receiving Universal Service (known as Connect America) funding to build rural and remote broadband networks must provide customers with a minimum 10 Mbps downstream and 1 Mbps upstream, which raises the download speed that was last set in 2011 at 4 Mbps downstream and 1 Mbps upstream.

On January 8, Ars Technica reported that “in his public statements, Wheeler has argued that cable and fiber are the only true fixed broadband contenders today and that mobile broadband is not a full substitute for home Internet service because of its pricing and low data caps.”

By pursuing the Multi-Technology Mix (MTM) approach to building the National Broadband Network (NBN) the Coalition has adopted a broadband policy which I described in 2013 as a lemon. As the rest of the world moves to exploit upgraded cable and new all fibre access networks, one has to wonder where it's going to lead us.

The FCCs new definition of broadband means that for many Australians they will be provided with 'bare minimum broadband' under the current Coalition broadband policy that was announced prior to the last election with the key commitment to provide at least 25/5 Mbps for all premises by the end of 2016 and 50/x Mbps for 90 per cent of fixed line premises as soon as possible.

The then opposition leader Tony Abbott, displaying considerable exuberance at the Coalition broadband policy launch on April 8 2013, stated “Malcolm is going to be Mr Broadband” when referring to future Communications Minister Malcolm Turnbull.

Today, in keeping with the FCC’s proposed definition of broadband, Abbott’s description of Turnbull should read “Mr Bare-Minimum Broadband.”

In an announcement on January 16, New York governor Andrew Cuomo announcedthe New NY Broadband Plan an investment of $US500 million to raise the minimum broadband connection speed of all consumers in New York state to 100 Mbps downstream.

The funding to be provided by the state government would be provided to private sector network operators in a 1:1 funding match to kick start infrastructure investment. Cuomo’s announcement included the possibility that in special circumstances, likely to be aimed at the more remote corners of New York state, private sector network operators could apply for funding for networks that would provide 25 Mbps if the infrastructure has the capacity to scale up to 100 Mbps.

In a speech on January 14 US President Barack Obama built on his net neutrality plan when he announced steps to “help more Americans, in more communities around the country, get access to fast and affordable broadband.” A key facet of the speech was Obama’s call for the end to laws in 19 states that harm broadband service competition and that he was writing to the FCC “urging it to join this effort by addressing barriers inhibiting local communities from responding to the broadband needs of their citizens.”

Obama’s speech called for sweeping reforms of broadband provision including:

Obama also announced the release of a report on Community-Based Broadband Solutions that highlights the benefits of higher-speed broadband that “lets consumers use the Internet in new ways, increases the productivity of American individuals and businesses, and drives innovation throughout the digital ecosystem.”

The report describes the need for community-based broadband solutions due to the failure of the private sector to adequately provide higher-speed broadband to enough Americans.

“Many markets remain unserved or underserved. Others do not benefit from the kind of competition that drives down costs and improves quality. To help fill the void, hundreds of towns and cities around the country have developed their own locally-owned networks.”

To put some perspective on access to broadband in the US, about 80 per cent of the population has access to broadband over HFC that is being progressively upgraded to DOCSIS 3.0 which typically provides up to 100 Mbps downstream and 2 Mbps upstream.

Akamai State of the Internet

In the latest Akamai State of the Internet Report, which measures broadband connectivity from server to consumer, both Germany (average 8.7 Mbps) and the United Kingdom (average 10.7 Mbps), two countries often highlighted by Turnbull as shining examples of why Australian needs the MTM, languish behind many other European and industrialised countries but remain higher than Australia (average 6.9 Mbps).

The Akamai report goes on to highlight that only 14 per cent of Australian connectivity was above 10 Mbps.

The connection speed over the 'last mile', while being important, should not become the sole focus of the NBN debate because as the Akamai report demonstrates there is a need for the network to have the capacity necessary to provide improved connectivity between servers and consumers.

It is this aspect of the state of the Australian network that the Coalition’s MTM NBN provides no solutions because rather than building and dimensioning a new access network back to the points of interconnect with service providers. The Coalition aims to simply hook the existing HFC networks to the NBN, rollout FTTN technology utilising existing infrastructure wherever possible and try to convince the Australian voter that this is a wonderful outcome. Well it isn’t.

At this point, from what has been released by NBN Co and the government there is little reason to believe the HFC and FTTN networks will have the capacity necessary to support the rapid growth in traffic across the NBN anticipated as video streaming booms in 2015 and beyond.

The folly of the Coalitions MTM NBN is the belief that Australia should follow in the footsteps of nations that commenced MTM rollouts 10 years ago, at a time when it was reasonable to rollout FTTN/B, and are now moving to upgraded HFC or fully fibre access networks.

The government could be in for a tsunami of bad news over the coming months as nations around the world join the “gigabit race” and look to upgrade existing HFC access networks or to rollout all fibre access networks. It will take a mountain of spin for the government to stay the course with the MTM NBN in the lead up to the 2016 election and even if everything goes to plan, and it’s a big if, we are on course to end up with a network that will barely meet the standard definition of broadband.