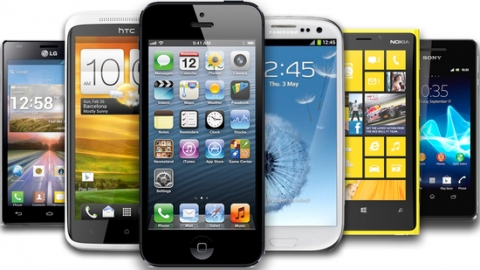 Chinese telecommunications powerhouse Huawei has been given the go ahead to participate in Britain’s 5G network rollouts, according to media reports out of the UK.

Chinese telecommunications powerhouse Huawei has been given the go ahead to participate in Britain’s 5G network rollouts, media reports out of the UK have confirmed.

If UK Secretary of State Jeremy Wright makes an announcement in Parliament in coming days as expected, it will place the Australian Government’s decision to ban Huawei from participating in 5G rollouts in the spotlight.

Did the Australian Government act pre-emptively and without reasoned consideration of how this move would affect relations with our largest trading partner?

According to the reports, Huawei was approved by Prime Minister Theresa May to provide radio access network equipment and systems and will not be prevented from providing the equipment for the 5G network core.

Senior members of the Government raised concerns about the decision, as it might be construed as a rejection of the US plea that Huawei be banned from Britain’s 5G rollout.

The UK National Security Council, which is chaired by the Prime Minister, made the decision with advice provided by a broad spectrum of ministers and government departments, including security agencies.

GCHQ’s National Cyber Security Centre chief executive Ciaran Martin stated last year that he is confident that the security risk posed by Huawei can be managed.

In response to the decision in Britain, Huawei Australia told InnovationAus.com that “Huawei welcomes reports that the UK Government is moving towards allowing Huawei to help build the UK’s 5G network.

“This green light means that UK businesses and consumers will have access to the fastest and most reliable networks thanks to Huawei’s cutting edge technology.

“While we await a formal Government announcement, we are pleased that the UK is continuing to take an evidence-based approach.”

Huawei Australia Chairman, John Lord said “this is good news for UK consumers as they will have access to Huawei’s advanced and secure 5G networks.”

“Australia also needs all the leading suppliers competing to ensure we get the best technology at the best price.”

The Australian government’s decision to ban Huawei from participating in 5G rollouts locally may now come under scrutiny.

Statements made by Communications minister Mitch Fifield about the rationale for banning Huawei now looks to have been little more than an effort at political cover, to justify why Australia moved so quickly in response to the US demand.

And a statement by the Director-General of the Australian Signals Directorate, Mike Burgess, in October last year – that “the distinction between core and edge collapses in 5G networks” – appears to be factually incorrect.

The International Telecommunications Union has published a series of standards for 5G that include an edge interface between the 5G core and the radio access network.

This approach is common to that employed for 4G, and permits a network operator to utilise equipment and systems from different vendors in the core and radio access network.

A technical description of the 4G to 5G network architecture evolution is provided in a paper published last December in the Journal of Telecommunications and the Digital Economy.

Mr Burgess went on to say that “in consultation with operators and vendors, we worked hard this year to see if there were ways to protect our 5G networks if high-risk vendor equipment was present anywhere in these networks.”

“At the end of this process, my advice was to exclude high-risk vendors from the entirety of evolving 5G networks.”

Mr Burgess has offered no clarification about which operators and vendors were consulted, and it appears, based on statements in the media, that Vodafone and TPG would not support Mr Burgess’s sweeping assessment.

Australia and the UK are part of the “Five Eyes” security alliance, so why did the UK National Security Council make a decision that is radically different to that taken by the Australian Government? Both would have access to the same background security information.

Whilst delivering a keynote address at CYBERUK19, GCHQ director Jeremy Fleming said “when we analyse a company for their suitability to provide equipment for the UK’s telecoms networks, we’re looking at the risks that arise from their security and engineering processes, as well as how the technology is deployed in our national cyber and telecom networks.”

“A flag of origin of 5G equipment is important, but it’s a secondary factor. It’s a hugely complex challenge and it’s going to span the next few decades – how we deal with it will be crucial for our prosperity.”

It is vital that the Australian government learn from the UK experience. A key difference with Australia has been the proactive approach taken in the UK and now in Europe to put in place telecommunications security assurance capabilities.

My call for a pilot facility to be setup at RMIT University fell on deaf ears when I approached the Government last year. This is a missed opportunity to build a capability, similar to that being developed in the UK and Europe, to ensure that telecommunications equipment and systems are secure and appropriate for use here.

It is not too late for the Australian Government to adopt the UK and European approach to Huawei’s participation in 5G.