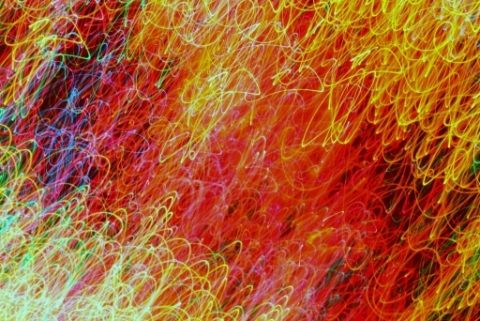 No news is good news for Communications Minister Malcolm Turnbull in his efforts to keep a lid on simmering discontent. The NBN's slipping behind further and further and what Australians are being provided for $43 billion is looking rather shallow. What is happening is discussed in Business Spectator and the picture is bleak.

Communications Minister Malcolm Turnbull has been working assiduously to keep a lid on the simmering disquiet about the National Broadband Network (NBN). No news is good news, as far as Turnbull is concerned, but it would be too early for him to claim that he has completely nullified all opposition to the Coalition’s multi-technology mix (MTM) NBN.

The government’s pre-election NBN related commitments have fallen by the wayside and Turnbull is yet to make any attempt to introduce legislation to repair what he described in 2011 as “a very complex Gordian knot of [Telstra] contracts and legislation that is going to be very hard to unpick." It should be apparent by now the government is attempting to utilise regulation to implement the changes necessary for the MTM NBN rather than attempting change through the Senate.

The government’s attempts to silence the Senate Select Committee on the National Broadband Network have been unsuccessful and recent committee sittings have clearly demonstrated why this committee is doing vital work.

On April 18 The Australian reported that Telstra corporate affairs group executive Tony Warren told the committee “we don’t believe the [NSW FTTN] trial represents real-world experience, it was operating over spare copper pairs” and that the trial was “not a proper commercial service” with only a “small number of people involved”.

The need for caution about the trial outcomes was highlighted at the time, though this did not stop Turnbull from a photo opportunity and media release making the remarkable claim that the trial results were “an early indication that the NBN rollout will achieve the government’s commitment to upgrading Australia’s broadband sooner, at less cost to taxpayers and therefore more affordably to consumers”.

Telstra told the committee that there was a need for further trials and Warren stated “in terms of customer experience, we would be of the view there are other trials which we believe may be occurring in the future, that we have to look at.”

Greens Senator Scott Ludlam told The Weekend Australian after the hearing in Melbourne “if this is their (government) proposal for getting things up and running faster, it’s a debacle.”

On April 20 Fairfax reported Turnbull’s defence of “his spruiking” when he said, "It's a very useful, real technology trial, but I might say truthfully it didn't tell any of the engineers anything they didn't know. This technology is being used at millions of addresses around the world and it performs pretty much the same in Umina as it does everywhere else." The problem that Turnbull has is that countries with FTTN are now turning to alternative technologies because FTTN has not performed anywhere near expectations due to problems with the legacy copper and the range of distances between nodes and premises.

What happened at the Senate committee hearing was Telstra taking the opportunity to “get off its chest” information that it feels should be in the public domain so that it will not be responsible later for fanciful claims about how the NBN FTTN network will perform. And by clearing the air at the Senate committee Telstra can rightly argue that it was only answering questions put to it by the committee and not deliberately undermining Turnbull even though this is what occurred.

The most significant blooper found in the reviews and audits was the Cost-Benefit Analysis (CBA) use of flawed figures predicting future broadband demand. The entry of Netflix into the Australian market has led to broadband demand increasing significantly and this trend is unlikely to slow. What this means is that the CBA’s underlying technology related assumptions are on the cusp of being proven to be flawed due to actual rather than predicted figures.

Let us remind ourselves of some of the ridiculous assumptions underpinning the CBA. By 2023 only the “top 1 per cent of households have demand of 45 Mbps or more” and “the figures of 15 Mbps and 43 Mbps for median and top 5 per cent of demand may seem low, particularly by comparison to the results of some other research in this area. However, the most common type of household comprises just two people. Even if those two are each watching their own HDTV stream, each surfing the web and each having a video call all simultaneously, then [in part thanks to the impact of improving video compression] the total bandwidth [in 2023] for this somewhat extreme use case for that household is just over 14 Mbps.“

Having seen his reviews and audit unravel in a remarkably short period of time, Turnbull doesn’t appear to know when caution is necessary and in his speech at the CommsDay Summit 2015 he stated that “the link between the volume of data downloaded in Australia and line speeds required is generally very poorly understood and many people still mistakenly think that as data volumes increase last mile line speeds will need to increase in a linear fashion. They don't and they won't.”

Turnbull went on to argue that “a 50 megabits per second download connection would quite clearly permit two simultaneous [ultra-high definition] UHD streams with overhead to spare” based on UHD requiring between 15-25 Mbps even though Netflix recommends 25 Mbps for a single UHD stream.

Video compression standards include profiles which are a definition of the visual quality for a particular bit rate. What this means is UHD at 15 Mbps will not have the same visual quality as UHD at 25 Mbps. For Australians to have UHD at a reasonable visual quality as recommended by Netflix there should be a reliable 25 Mbps bit rate per UHD stream.

What Turnbull is attempting to do is to obfuscate the effect that Netflix is having on broadband usage by laying blame for the poor customer experience that has occurred right around Australia solely at the feet of backhaul and retail service providers and is also unwittingly providing justification to the need in 2015 for download speeds and capacity far in advance of what is predicted in the CBA for 2023.

According to Turnbull, “one of the consequences of the NBN is going to be to demonstrate to consumers that iron-clad guarantees about performance cannot be made on ANY access technology, given the way factors such as CVC pricing and backhaul contention choices play into the end user experience. That may burst the bubble of those who claim FTTP solves such problems, but it is reality.”

It is unclear why Turnbull made this point because it is wrong and it is important that the telecommunications industry steps back from supporting such a wild unjustified claim. Performance guarantees are provided by telcos to customers through service level agreements every day and if you ask any telco they’re much happier offering service level agreements when the access technology is fibre. And Netflix has been negotiating minimum levels of performance for connections to customers to ensure there is a reasonable customer experience. No one wants nor benefits from customer complaints.

There is a need to clearly separate the NBN from the remainder of the network. NBN Co is not responsible for what happens on networks outside its control and decisions made by retail service providers regarding capacity purchased from NBN Co. But for $43 billion dollars the Australian taxpayer should demand that NBN Co provide customers with an Access Virtual Circuit (AVC) from premises to Points of Interconnect (PoI) that maintains capacity, performance and reliability close to 100 per cent at all times.

While the current Netflix issues affecting NBN FTTP customers reflect start-up teething problems that can identified and quickly addressed over an all-fibre network, what will happen when approximately 50 per cent of Australians are connected to the NBN using FTTN/VDSL2/vectoring with connection speeds ranging from 25 Mbps through to 80 Mbps? Will the government guarantee that Australians connected to the NBN FTTN network, as it is rolled out, will be able to access a comparable number of UHD video streams, skype video calls and web browsing sessions as NBN FTTP customers on the same speed tier?

It is encouraging to see that Turnbull has finally addressed how customer experience will be affected by a range of factors including download speeds, end-to-end capacity, traffic class management, congestion and other technical factors but this begs the question as to why the NBN Network Design Rules have not been updated to reflect the MTM NBN and why the government’s reviews and audits failed to reflect technical reality and the increasing pace of technology change.

Turnbull’s recent visit to towns in outback Queensland and the increasing local media focus on regions missing from the updated NBN rollout plan, including Parramatta in western Sydney, show that just under the surface there is considerable simmering discontent with the government’s performance.

Turnbull’s every turn in Queensland was met by criticism about the government’s NBN and failure to understand demand for improved broadband, especially to retain the young in a rural environment. Local communities have long argued for fibre to be rolled out to the communities in the Barcoo/Diamantina region and like many other regional and remote communities there is a huge reliance on the two million or so tourists that travel Australia annually and being able to provide fast reliable broadband is a must if you want tourists to come and stick around.

The Parramatta Advertiser has launched a campaign to push for the NBN to be rolled out in Parramatta soon. But don’t expect the local NSW Liberal member Geoff Lee to rock the boat and Federal Labor member Julie Owens has been ignored by the government when she has raised concerns about why NSWs second largest CBD was left off the updated NBN rollout plan.

And Fairfax has reported that a “survey of 322 businesses in three precints in Southeast Melbourne on behalf of the Frankston, Greater Dandenong and Kingston councils” found that enterprises estimated they would achieve a 14 per cent productivity gain if they had access to high speed broadband and this equates to a current loss to the economy of $8.4 million per annum and up to 1024 jobs in the region.”

"[NBN Co's] long term financial forecasts show its revenue streams will rely primarily on the residential market” and “because households are more likely to purchase the highest cost/highest speed service regardless of actual need.”

“There are real economic costs to not rolling out HSB as soon as possible to commercial and industrial precincts [and] high speed broadband is, and will increasingly become, essential to Victoria's and Australia's economic prospects."

While the NBN might not be headline grabbing and a matter of daily concern in Question Time as reported by Fairfax on April 24, this government has failed to understand that Australian business and residential consumers want better broadband and people believe that what is on offer will not meet expectations.

At the next Federal election the NBN is likely to have a far greater impact on the outcome than the Coalition would want.